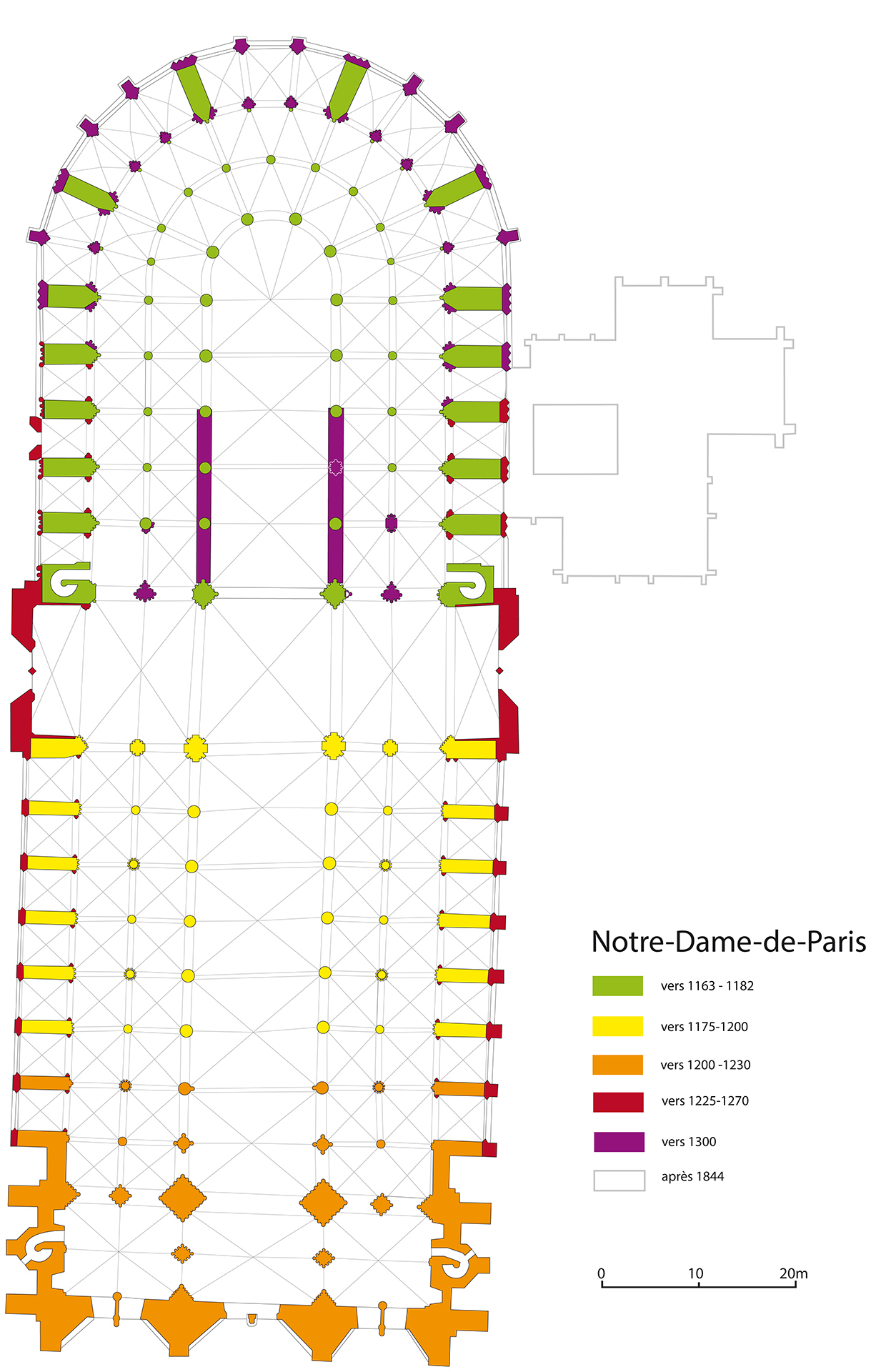 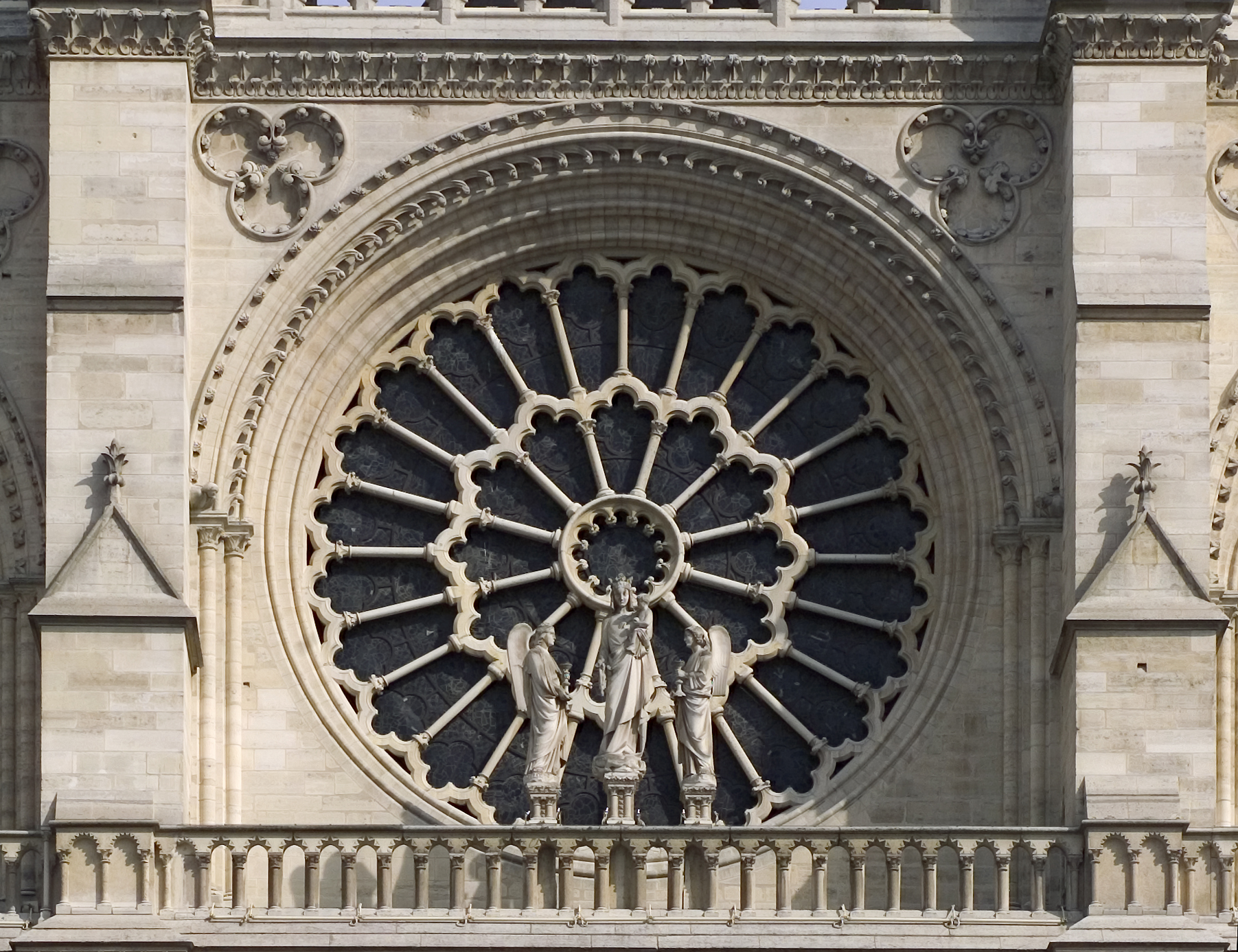 Description of the architecture and construction

Begun in the early 1160s, the cathedral's construction progressed in stages from east to west until the towers of the façade were completed in the mid-1240s.

The ceremony of the laying of the foundation stone in the presence of Pope Alexander III, must have taken place on the site of the choir, the oldest part of the building. In 1177, according to the testimony of Robert de Torigny, abbot of Mont-Saint-Michel, it was finished except for the vaults. It is likely that these were in place for the ceremony of the consecration of the choir in 1182. The work hardly slowed down in the following decades, which saw the completion of the transept and the continuation of the work in the eastern part of the nave. They continued until about 1220 at its western end, which was able to lean against the powerful facade, which at that time was at the height of the rose window. The upper part of the towers and the gallery that surrounds them at the base were completed around 1245 when the bells were hung in the belfry of the north tower.

Thus, after about eighty years, the structural work had been completed. From the initial project, the cathedral adopted a cruciform plan in which the central nave, bordered by double aisles along its entire length, was interrupted in the middle by the transverse nave of the transept. The main vessel originally had four levels, large arcades, tribunes, circular bays or oculi overlooking the attic of the tribunes and finally relatively short high windows. The vaulting of ogives was generalized. To ensure the balance of a gigantic structure whose vaults culminate at more than 30 meters, a record at the time, the master builder set up buttresses on the outside of the choir and the nave to counteract the thrust of the ribbed vaults of the high vessel. This technique, with its spectacular effects, is typical of Gothic art and transforms an architecture that also draws on the centuries-old tradition of the great basilicas with five vessels divided by rows of columns.

Thus, Notre-Dame offers an original synthesis, combining traditions dating back to the Paleochristian era and techniques and forms resulting from the latest developments, as evidenced, for example, by the large rose with rays on the western façade with two towers, which at the time of its construction was the most monumental frontispiece destined for a long posterity.