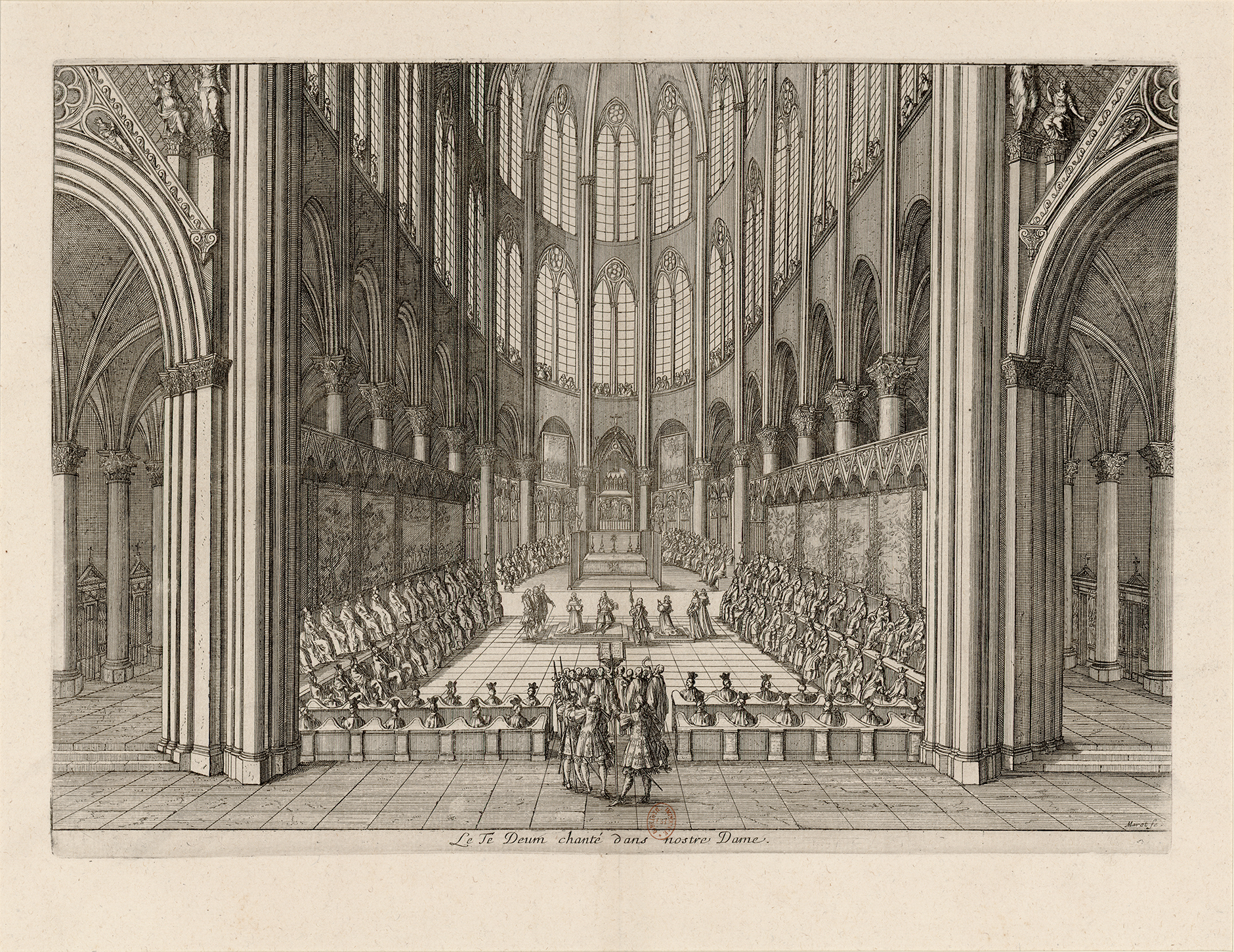 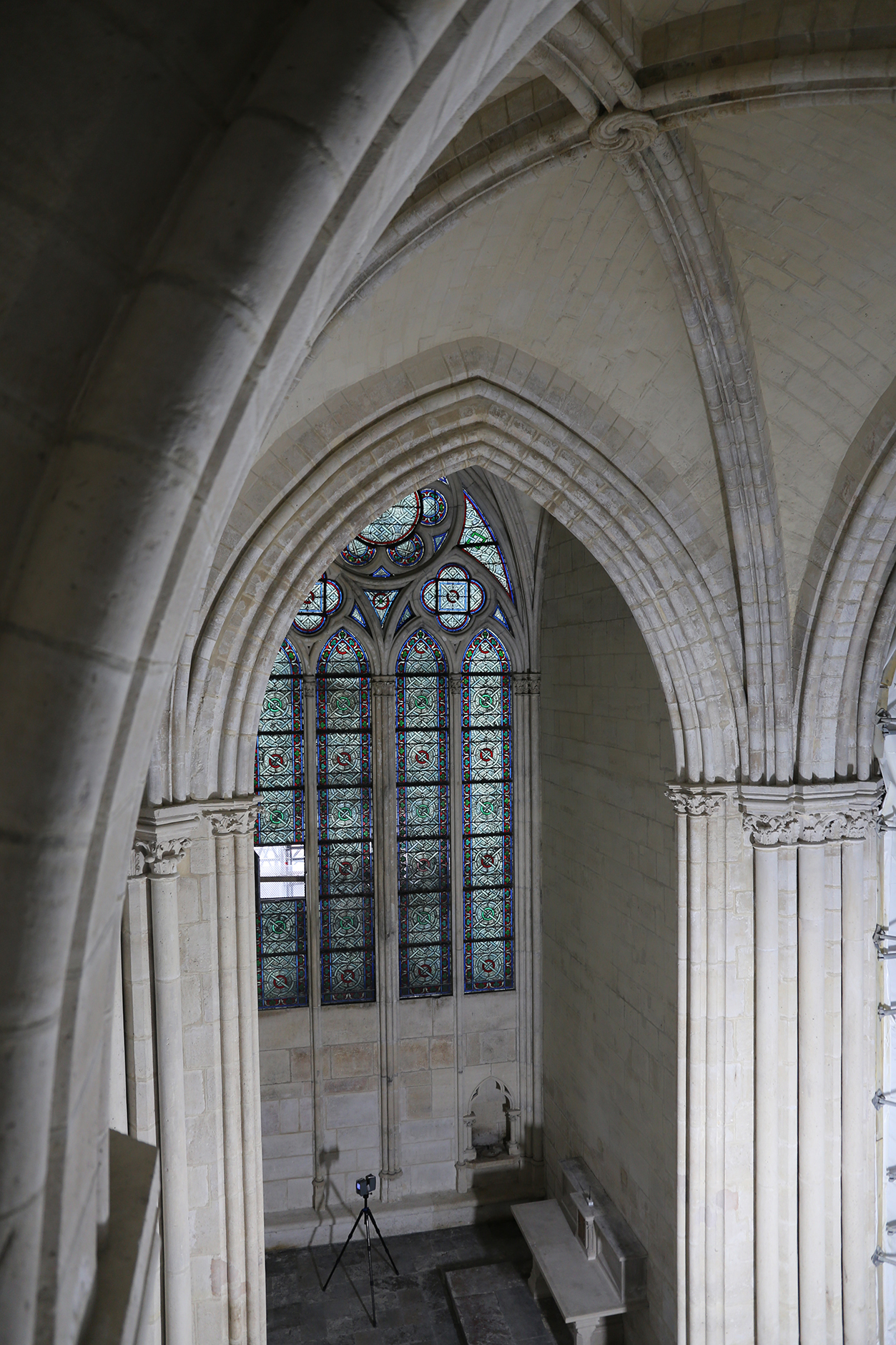 Chapel of Our Lady of Guadalupe, north side of the nave © Dany Sandron, CAC

Uses of the cathedral

The largest building in Paris was wide open to the faithful. However, certain parts were forbidden to them, notably the liturgical choir and the sanctuary which occupy the main vessel east of the transept. This part, isolated by a five-meter high stone fence from the surrounding spaces, housed the main altar in line with the keystone of the apse and, slightly behind it, the goldsmith's caskets where the main relics of the cathedral's saints were deposited, notably the body of Saint Marcel, a bishop from the middle of the fifth century, who had a special casket displayed high up just behind the main altar. The stalls where the canons and chaplains sat occupied the right side of the choir. About a hundred clerics met there eight times a day to celebrate the various religious services, from dawn to midnight.

From the end of the 12th century onwards, the number of chapel foundations multiplied, necessitating the construction of numerous altars to celebrate commemorative masses in memory of the founders. This led to the celebration of approximately 120 daily masses in the cathedral by the 14th century. This movement led to the construction of side chapels for the celebration of low masses, which should not interfere with the religious services in the choir.

Although the Gothic cathedral had no parochial functions, the faithful from all over the diocese would gather there on major religious holidays (Christmas, Easter, Ascension, Pentecost and Assumption) or on the occasion of exceptional events such as the king's visit to Notre-Dame just after his coronation in Rheims or the wake for the body of the sovereign on the eve of his burial in Saint-Denis. In addition to playing a key role at both ends of each reign, Notre-Dame was honored by the visits of the sovereigns more than any other sanctuary in the kingdom. This explains the abundance of royal iconography in the monument, as can still be seen in the kneeling figure of King Louis VI on the tympanum of the Sainte-Anne portal, a work from the middle of the 12th, which was replaced during the construction of the current façade at the beginning of the 13th century. It is obviously the Gallery of the Kings, a monumental frieze of 28 colossal statues that crowned the portals, that most vividly exalts the French monarchy, echoing a statue (no longer extant) of King Philip Augustus (1180-1223) near the main altar, or the royal couple of Saint Louis and Margaret of Provence represented on the tympanum of the red door a few decades later, around 1270.

The cathedral was also the starting and ending point of processions that brought together the clergy and thousands of faithful to accompany sacred relics on codified routes through the city of Paris on certain feasts or in dramatic moments, to ward off epidemics or disastrous climatic events. The ringing of the bells called for services, but also signaled the end of the working day for the whole city until the appearance of public clocks, not before the middle of the 14th century.