Spire and south façade of the transept © Benjamin Mouton 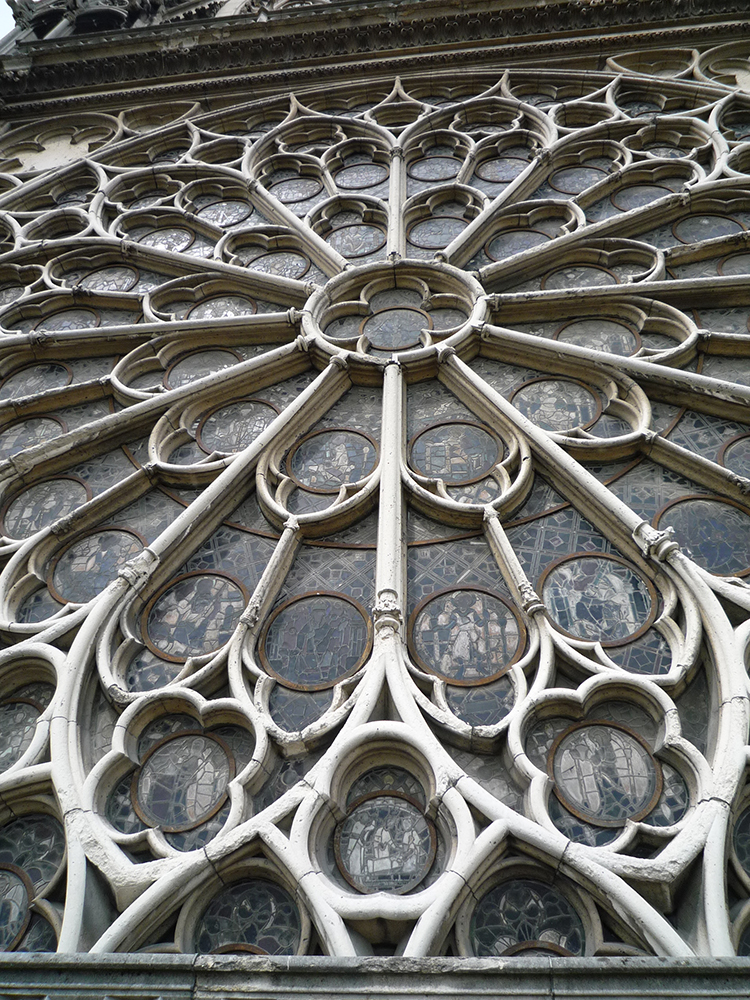 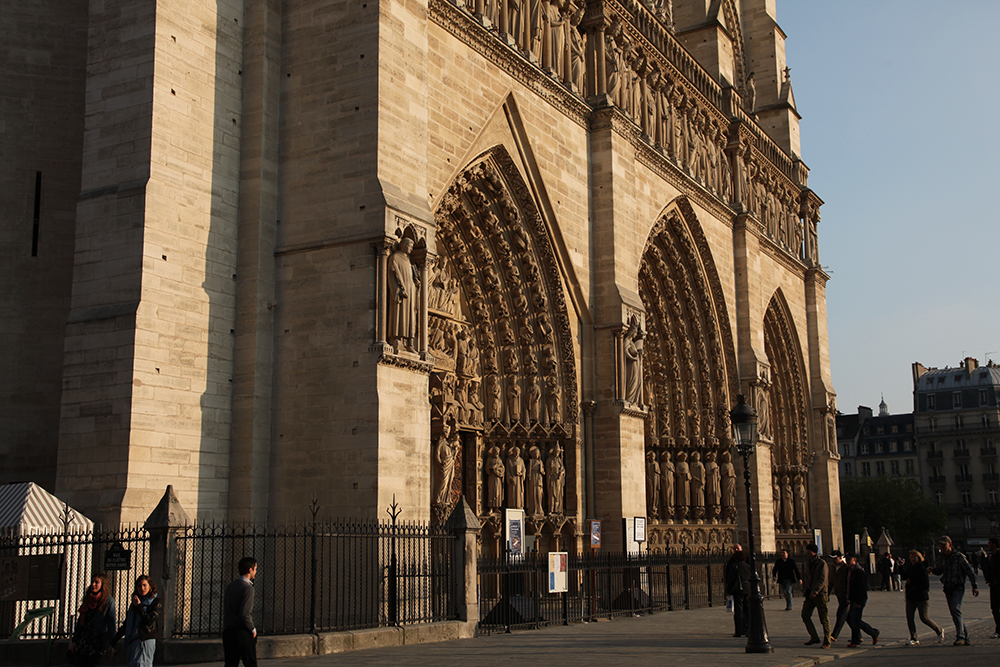 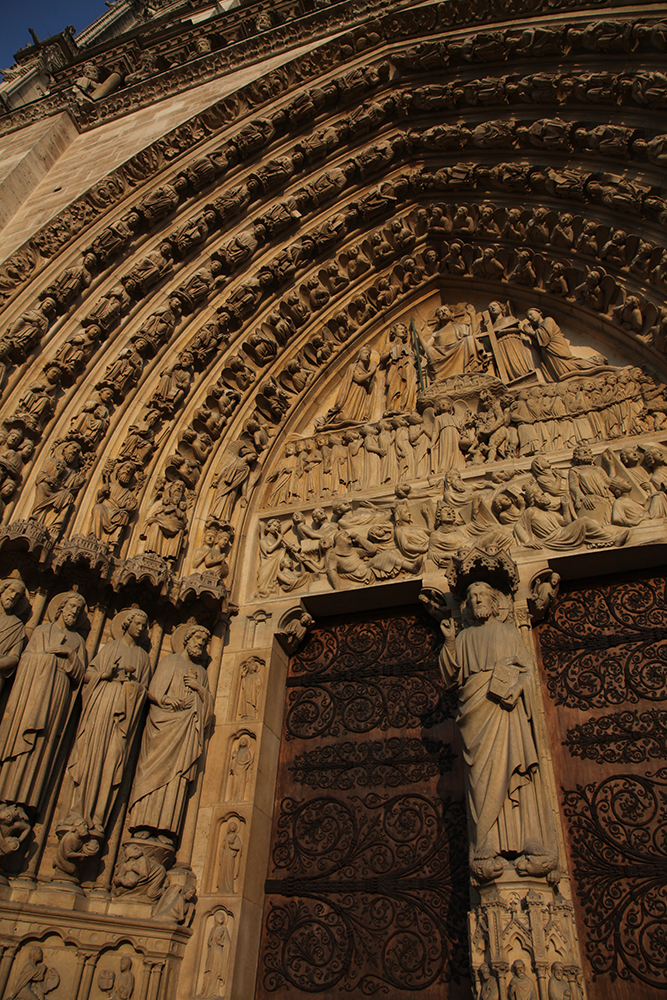 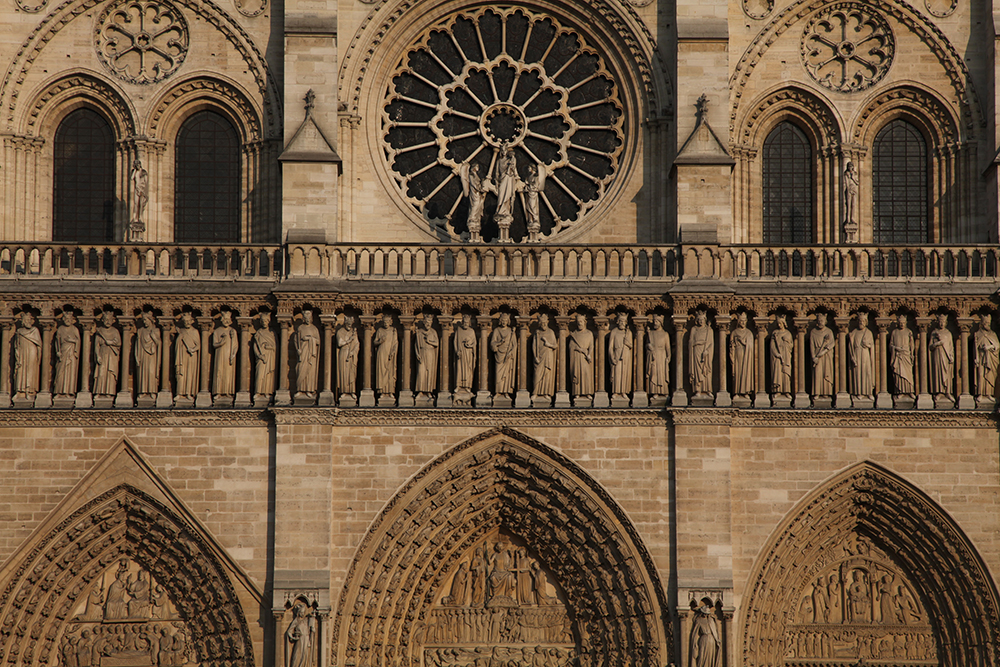 The works of Lassus and Viollet-le-Duc

The program of work assigned by the State for the entire cathedral was based on three points:

The medieval spire
Built around 1250, repaired in particular in the 16th century, it had been demolished around 1793 because of a strong SE inclination. Although poorly documented, its restoration had been planned since the competition of 1843.
Finding its stump preserved in the attic, Viollet-le-Duc was able to reconstitute the layout of the frame - an archaeological-historical approach - and at the same time detect its weaknesses - a structural approach. The project that resulted from this analysis proposed to extend the spire by 13 meters, constructing it according to the methods of the carpenters of the 13th century, bringing it into scale with the cathedral and that of Amiens, and reflecting the views of artists who considered that its higher profile better expresses its symbolic importance.

Would Lassus and Viollet-le-Duc have done too much? 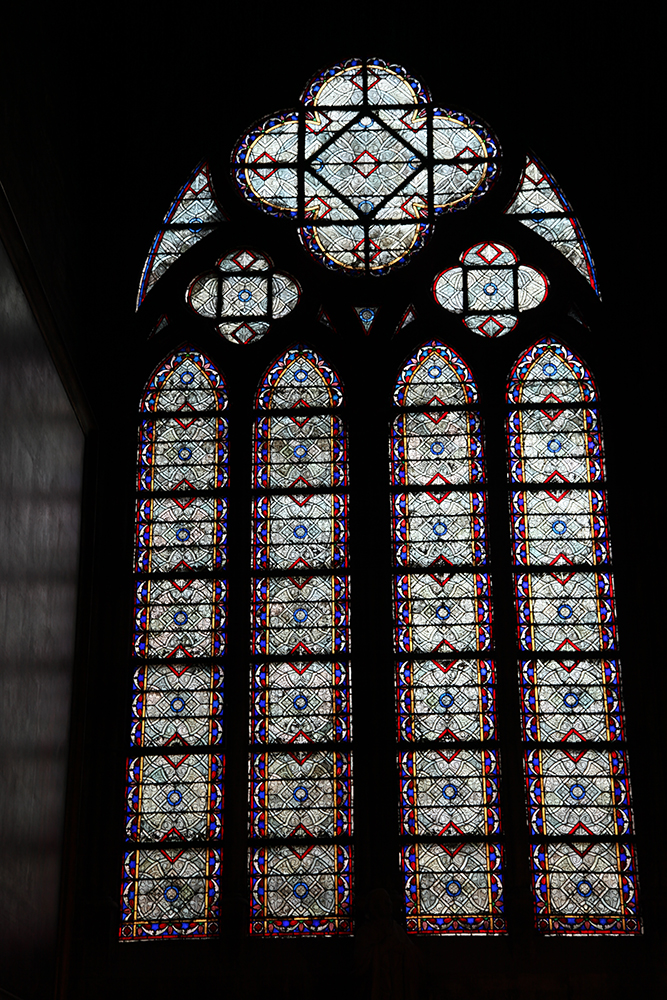 Stained glass windows in grisaille in the nave © Benjamin Mouton 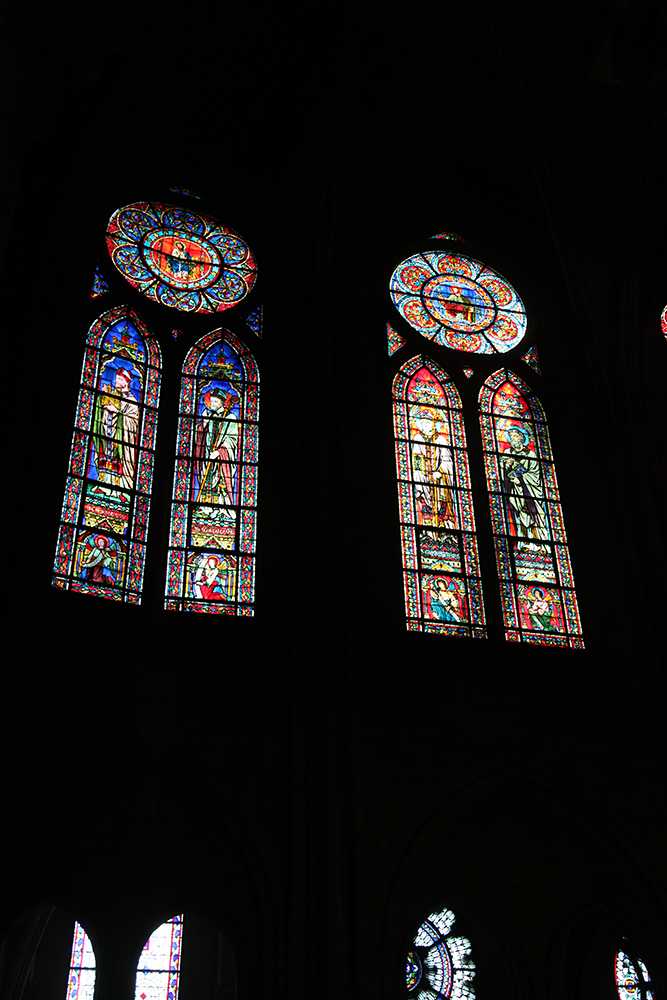 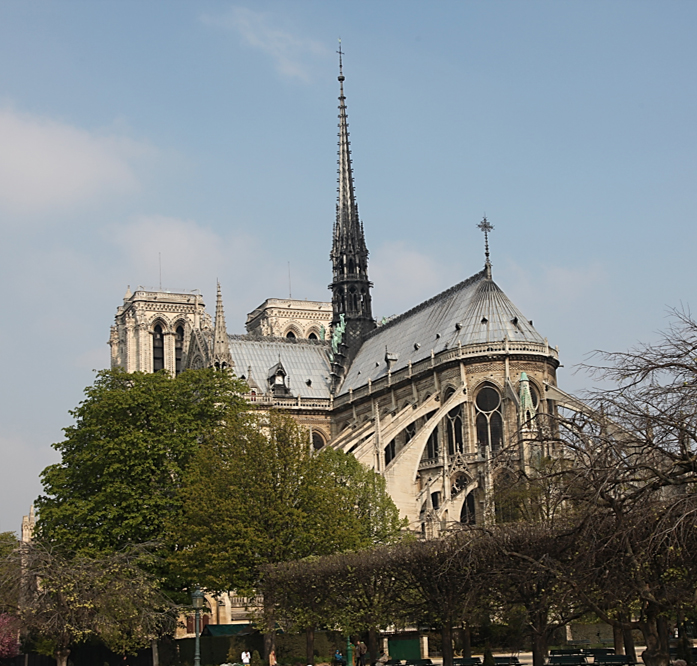 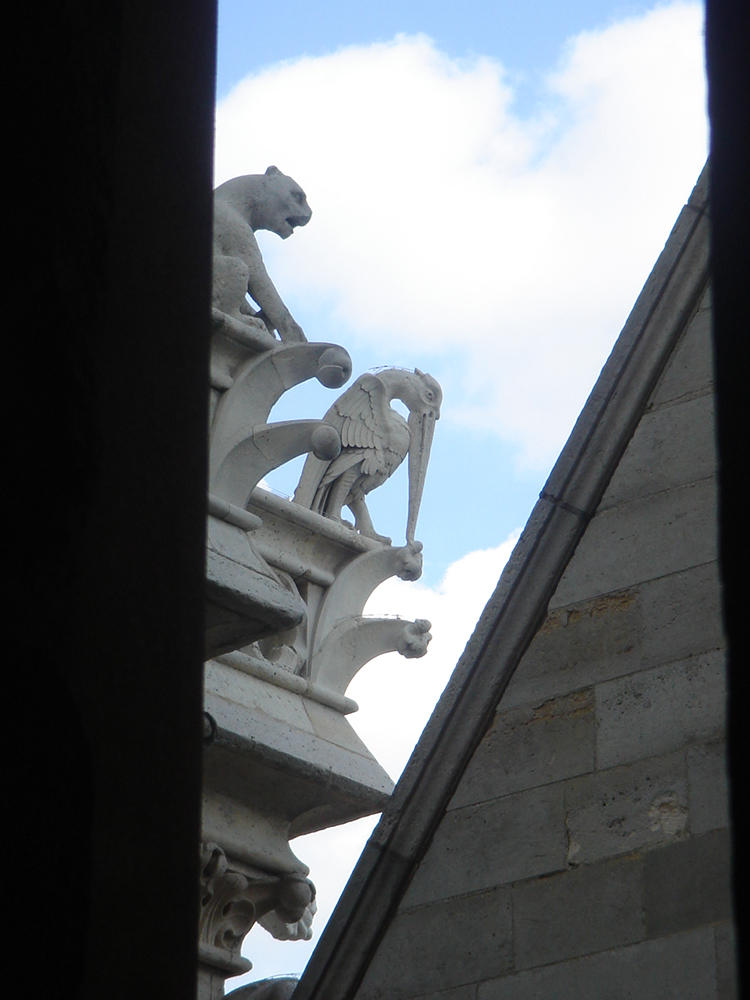 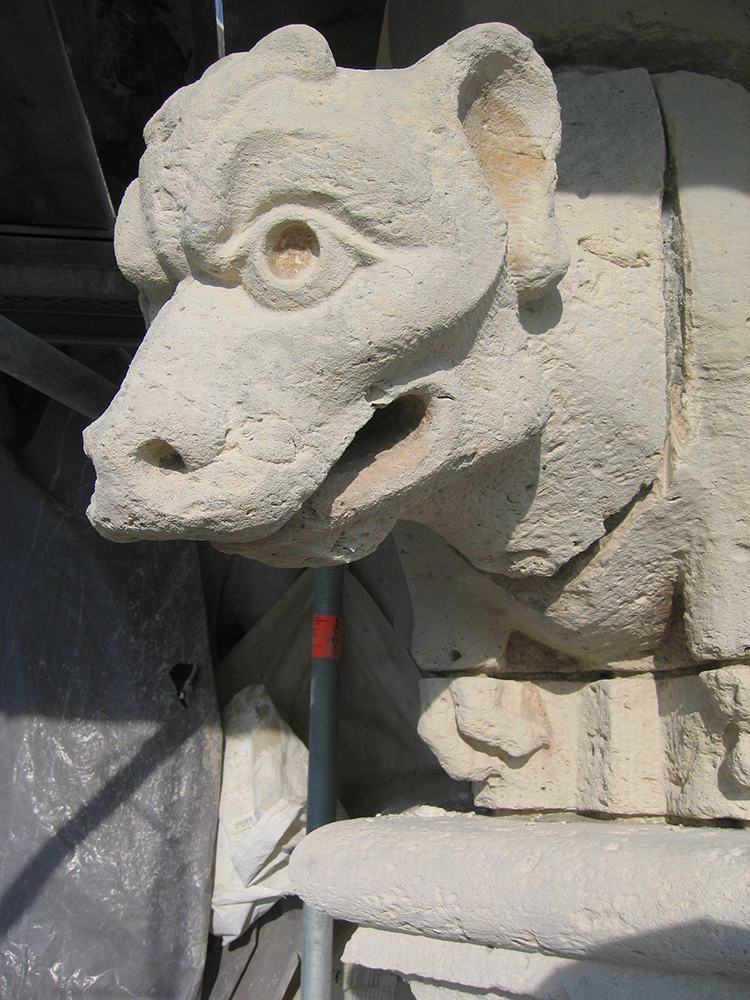 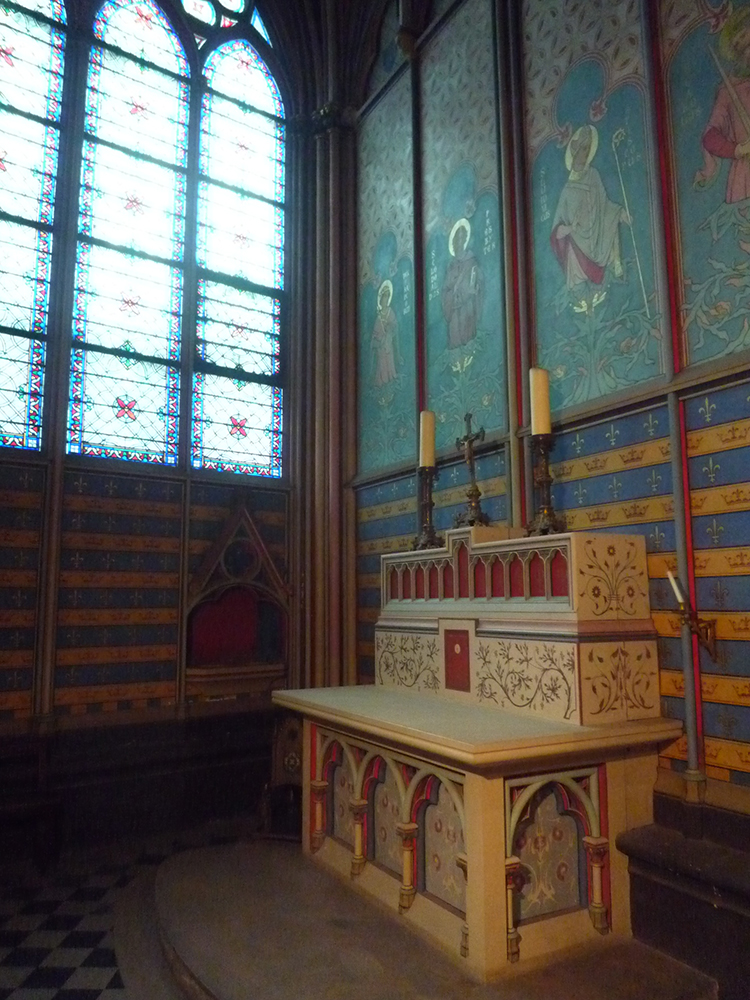