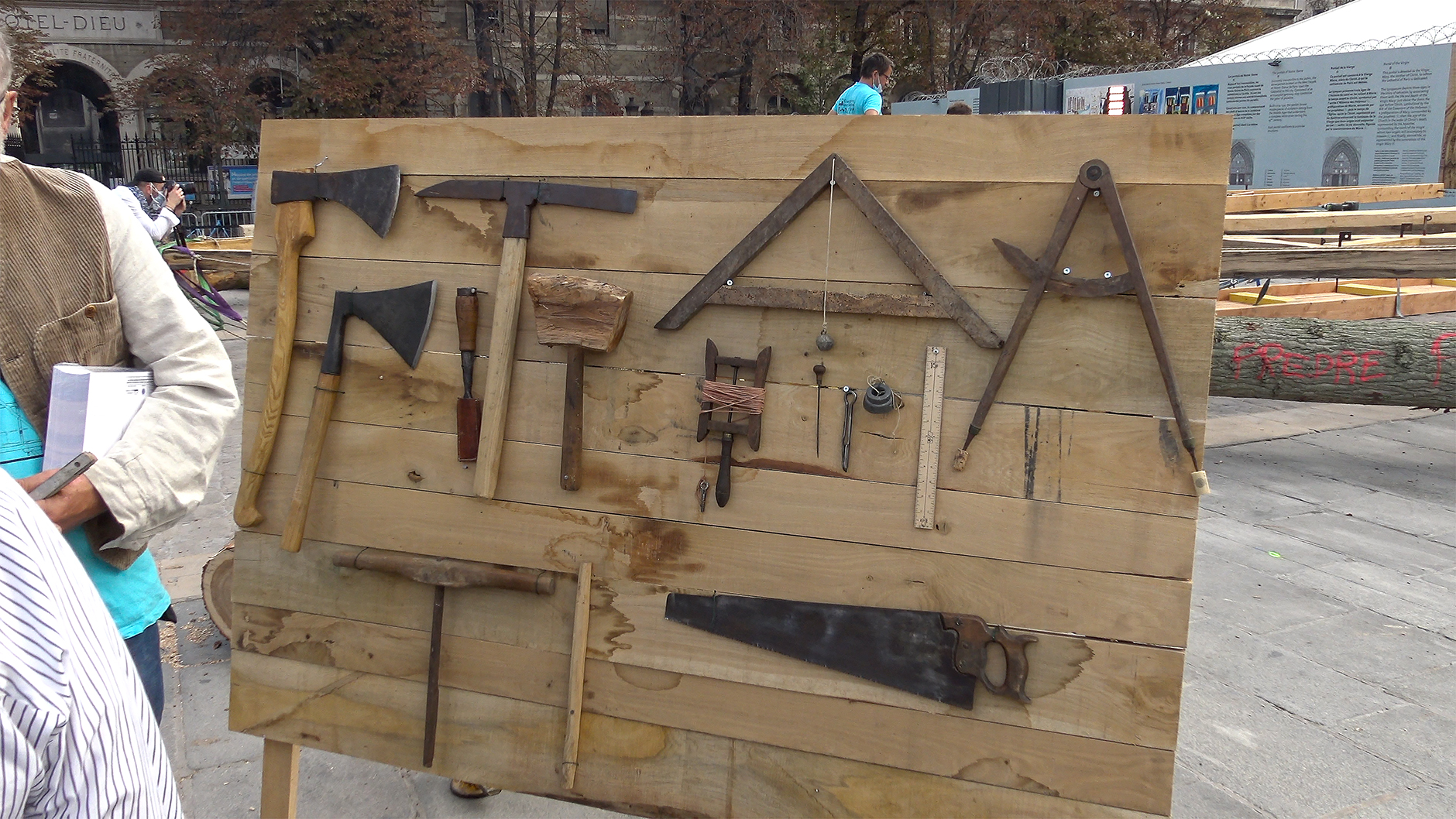 In the aftermath of the fire, while the diagnosis of the state of the building and the skills required for its restoration is still far from complete, it is already expected that the construction site to be opened will be an incomparable showcase for the arts and crafts. For another diagnosis has long been established: the related training courses are understaffed and the companies concerned are sometimes forced to abandon their recruitment projects, for lack of qualified candidates. The media coverage of the work site is used to change the image of these trades, which are still too often perceived as manual and not socially valued, and to awaken vocations. The term "Chantiers de France" is used, but the Ministry of Education's response is to award the label "Campus des métiers et des qualifications" to networks of vocational training professionals grouped around a particular sector. A project for a Campus of Excellence "Versailles - Heritage and Craftsmanship of Excellence", scheduled to open in 2024, completes this scheme.

At the same time, the Public Institution in charge of the restoration is fulfilling its mission of cultural mediation. Thus, since July 2020, the photographs of photojournalist Patrick Zachmann on the palisades of the building site have been highlighting the builders of today. In September 2020, during the European Heritage Days, the Public Administrative Institution will call on the journeymen of the association Charpentiers sans frontières to build a scale one replica of truss no. 7 on the forecourt, using squared logs and assembled using 13th century techniques.

In April 2021, on the occasion of the European Crafts Days, whose program coincides with the second anniversary of the fire, the public will discover online, live on social networks or through videos, Mario d'Amico, organ builder in charge of the removal of the great organ, Marie Parant, restorer of wall paintings in the test chapels, Amélie Strack, restorer of stone sculptures, as well as the artisans of SOCRA who, since 2019, have been working to restore the metal statues of the spire to their original appearance.

The Notre-Dame building site thus serves as a spearhead and traces a path in the wake of which many other initiatives to promote know-how and heritage trades are taking place. European Heritage Days: the public is there to admire the demonstrations. © Blaise Monferran, 19 septembre 2020. 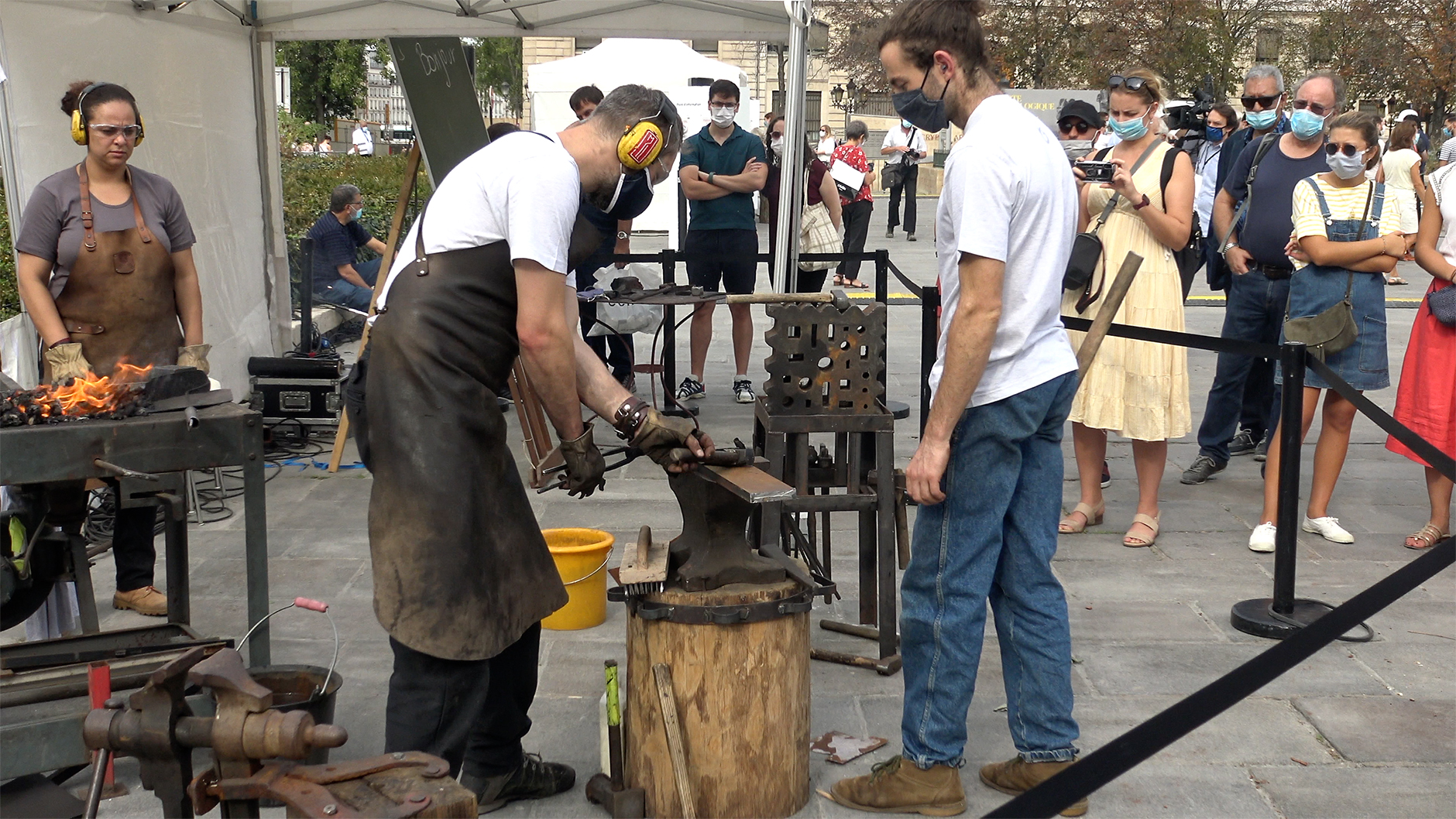 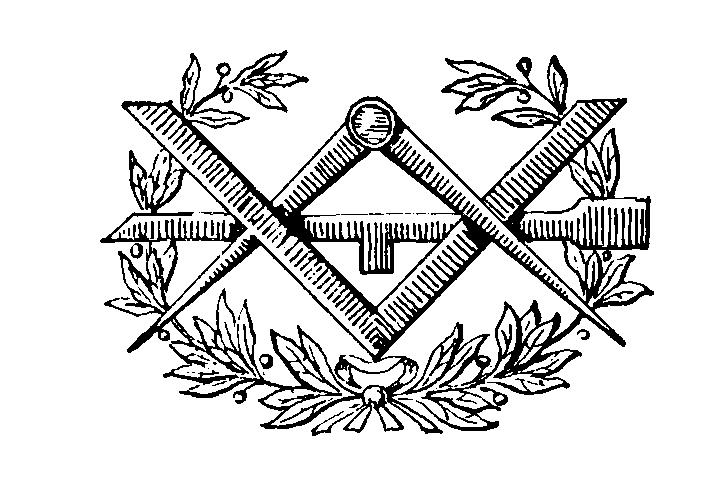 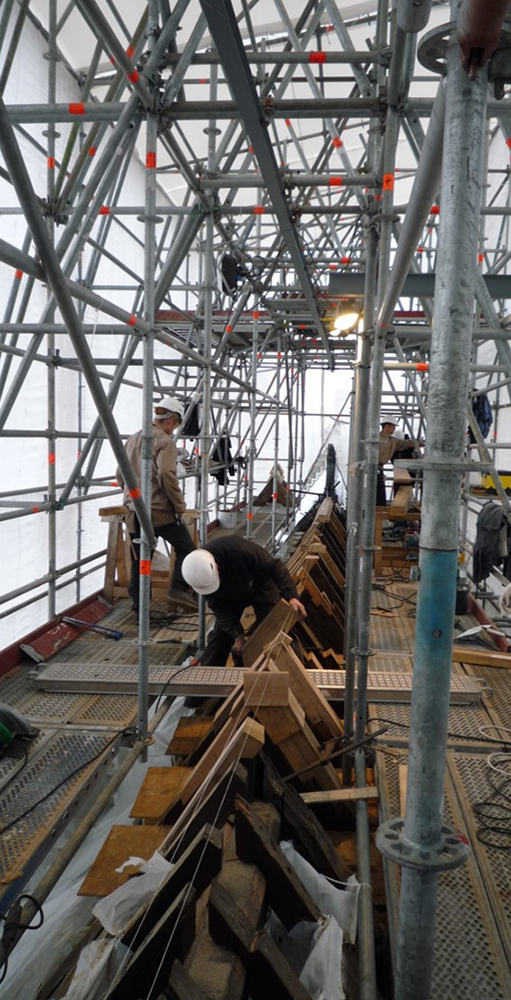 Restoration of the roof ridge of the nave of Notre-Dame, 2010 © Benjamin Mouton

"Is it not admirable to see among us, in the mechanical age, this relentless survivor of the ages of the hand?"... "Between the hand and the tool begins a friendship that will have no end" Henri Focillon"Praise of the hand".

Blue collar workers**: an indispensable skill...
That of the one who, using the tool, the hand and the eye, holds the key to ensure the building’s survival and rebirth and holds an inescapable responsibility.
Masons and stonemasons, carpenters, roofers, carpenters, sculptors, master glassmakers, restorers of paintings, decorations ... are in the front line.
Their training in heritage is done after school, on the building site, according to the transmission from master to apprentice. The “Compagnonnage”, whose roots go back to the cathedral building sites, is today the most demanding theoretical and practical training during a seven-year "tour de France", and constitutes the elite of these trades.

It is not enough to know how to execute, you must also:
Know how to look, through the eye that scans and details, the mind interprets, understands and commands...
Know how to survey, how to draw, and how to prepare the work to be done...
Know how to carve, and by the tool, transmitted by tradition, gradually shaped by generations, until stabilizing it in its final form, the hand finds and naturally restores the ancestral gesture, and the authentic trace...
Know how to build, assemble, graft, in the coherence of the existing work.

It is not enough to know how to carve and build, you must also:
Know how to integrate into the old work and reinforce its harmony, awakening the grain or the thread of the material, erasing the wounds and restoring to the venerable work, the beauty that comes from its age: such is the expected and obligatory added value without which the work is not completed.
And finally, know how to step aside in front of the work, as if one had not intervened. This is a supreme sacrifice of self-esteem, difficult to accept, but which is the true nobility and dignity of these professions.

And finally, transmit:
Training from master to apprentice is decisive. This is the role of companies, rich with several generations of experience and practices, which are, through their traditions, tools, archives and libraries, true conservatories of know-how and practices, and must today possess accomplished skills:

They now have more than 10,000 skilled and qualified workers, whose training they contribute to, and potentially constitute a base of knowledge and experience that is shared with practicing architects.
It is on this power of action that the conservation of heritage is based today and in particular on which the rebirth of Notre-Dame is based.

The tradition of tracing in the French carpentry has been registered as Intangible Heritage of Humanity of UNESCO in November 2009.

* In French, the term “compagnons” designates workers in the construction sector who have received a very high level of training. In November 2010, the Compagnonnage was inscribed on UNESCO's Representative List of Intangible Cultural Heritage as a "network for the transmission of knowledge and identity through the craft". 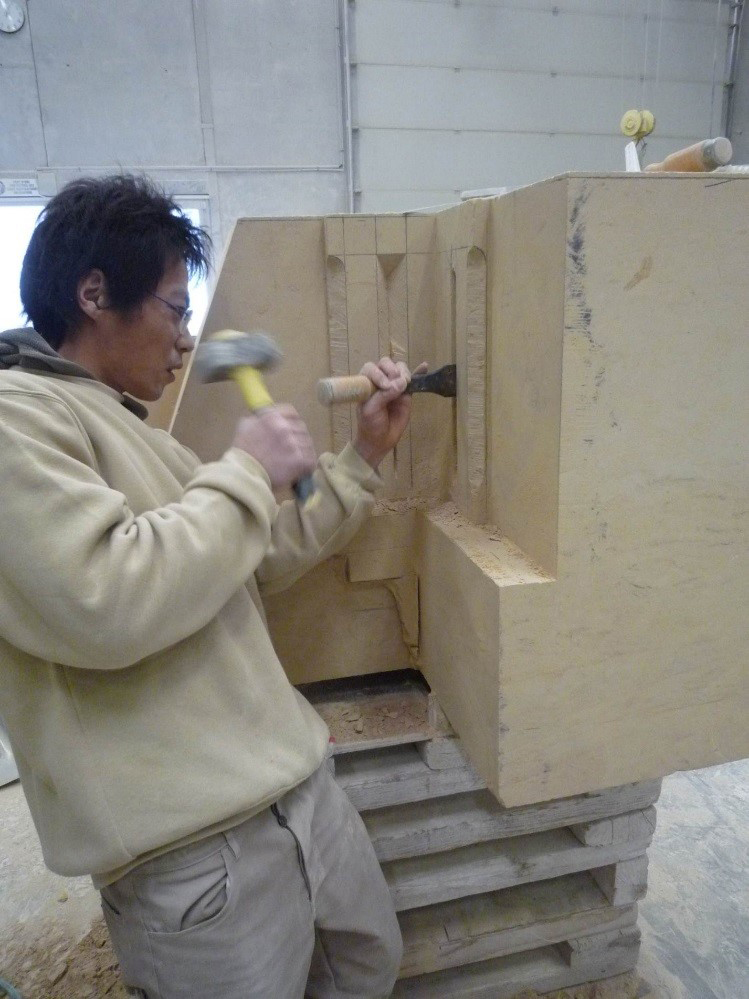 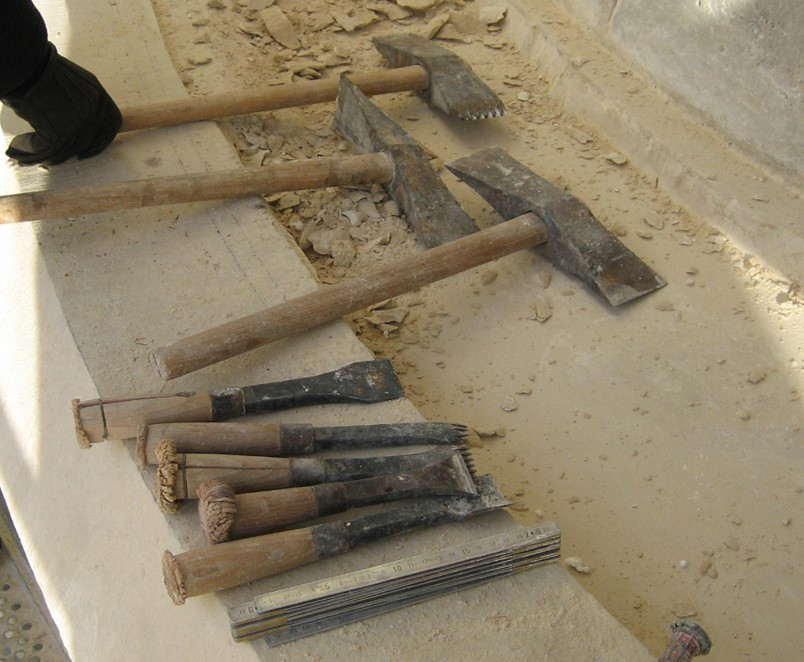 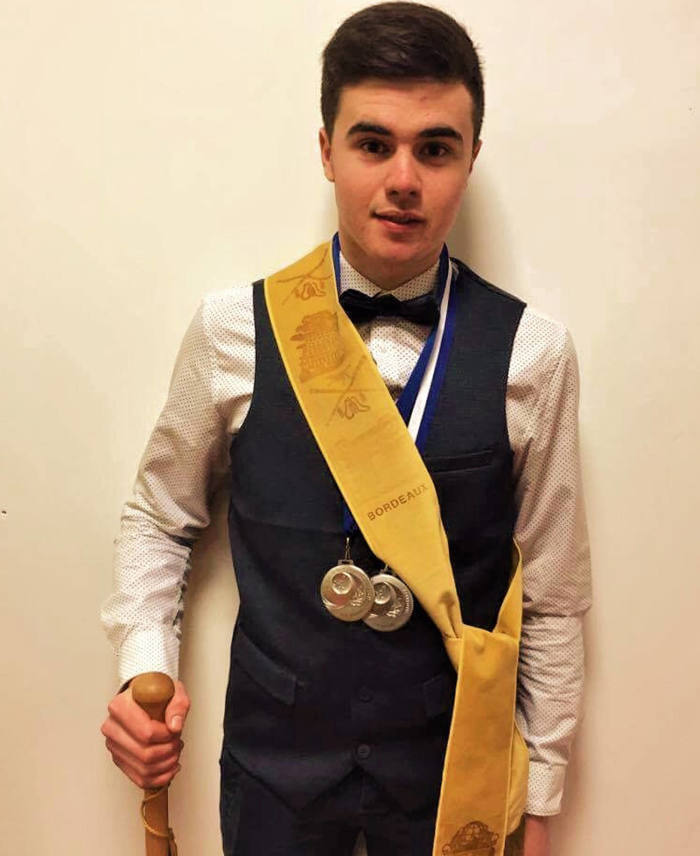 Chapter 3  Training and transmission of know-how through models and drawings
The art of carpentry, an intangible and tangible heritage

If the fire of the Notre-Dame cathedral in 2019 has moved the planet, it has particularly bruised the Compagnons-charpentiers du Devoir who have seen their elders' brilliant work go up in smoke, the fruit of immemorial know-how passed down from the builders of the Middle Ages.
But soon, for the men of art, the regret of the emblematic multisecular oak frame, was doubled by the remorse of not having drawn all the lessons from it.
This painful disappearance gave rise to a rescue project among the Compagnons charpentiers: to revive the "Forest"* and reveal the ingenuity of its designers through the prism of its model: a memorial and educational objective at the same time, intended for the younger generations.
Thus, at the end of their Tour de France, a dozen young carpenters jointly produced a 1:20 scale model of Notre-Dame's roof structuree. An equal number of young architects, specializing at the Ecole de Chaillot, were associated with this work, some making the models based on their own drawings, others analyzing the drawings made by their architectural predecessors. The final objective was a public exhibition of this large model restoring the lost frameworks.

An interdisciplinary scientific and educational team, composed of Compagnons charpentiers and teachers from the Ecole de Chaillot, heritage architects, historians and other experienced specialists, has identified, in close collaboration with the project management team in charge of the restoration of Notre-Dame, the major themes of interest and the essential questions for the knowledge of the missing frameworks and the progress of the diagnosis in progress.
The surveys of the nave and choir frames, carried out in 2014-2015 by hand and with a tacheometer by the two heritage architects Cédric Trenteseaux and Rémi Fromont (ACMH), constituted the main documentary basis for this operation.
They faithfully integrate a multitude of precious indications informing the genesis of the frame: carpenters' marks, fittings, reinforcements, deformations, assembly details, reused parts, and other notable particularities.
They have filled a considerable gap in the documentation of this famous structure, and today form part of the argument for its restoration to its original state.
The young carpenters and the "chaillotins" architects have crossed their respective views and skills in complementary approaches in the service of this common scientific project.
For example, they consolidated the hypotheses on the methods of lifting the trusses and the chronology of their implementation; they untangled the skein of the pieces of wood put in place to reinforce the stability of the first trusses after the apse, and to support the cross; they highlighted the principle of continuity adopted by Viollet-le-Duc and Lassus in their transitional spans to install their new spire in the heart of the medieval framework.
Using different calculation methods, they also showed the structural impact of the frame and roof on the masonry of the gutter walls.
These advances, sometimes decisive for the knowledge and understanding of Notre-Dame's disappeared works, have nourished the current reflection of the restoring architects in elaborating their restoration project.

*Nickname given to the frame of Notre-Dame 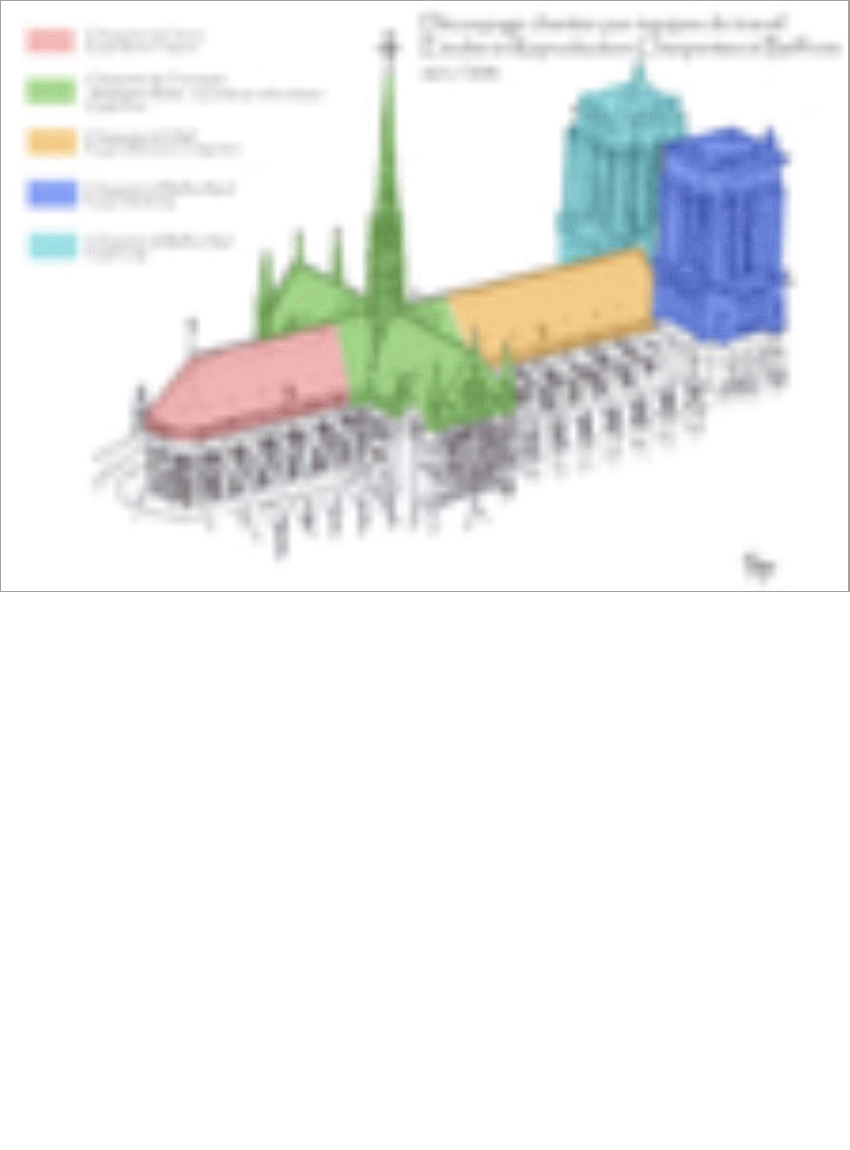 Drawing, carving and assembling of carved wood by an aspiring journeyman - © François Auger 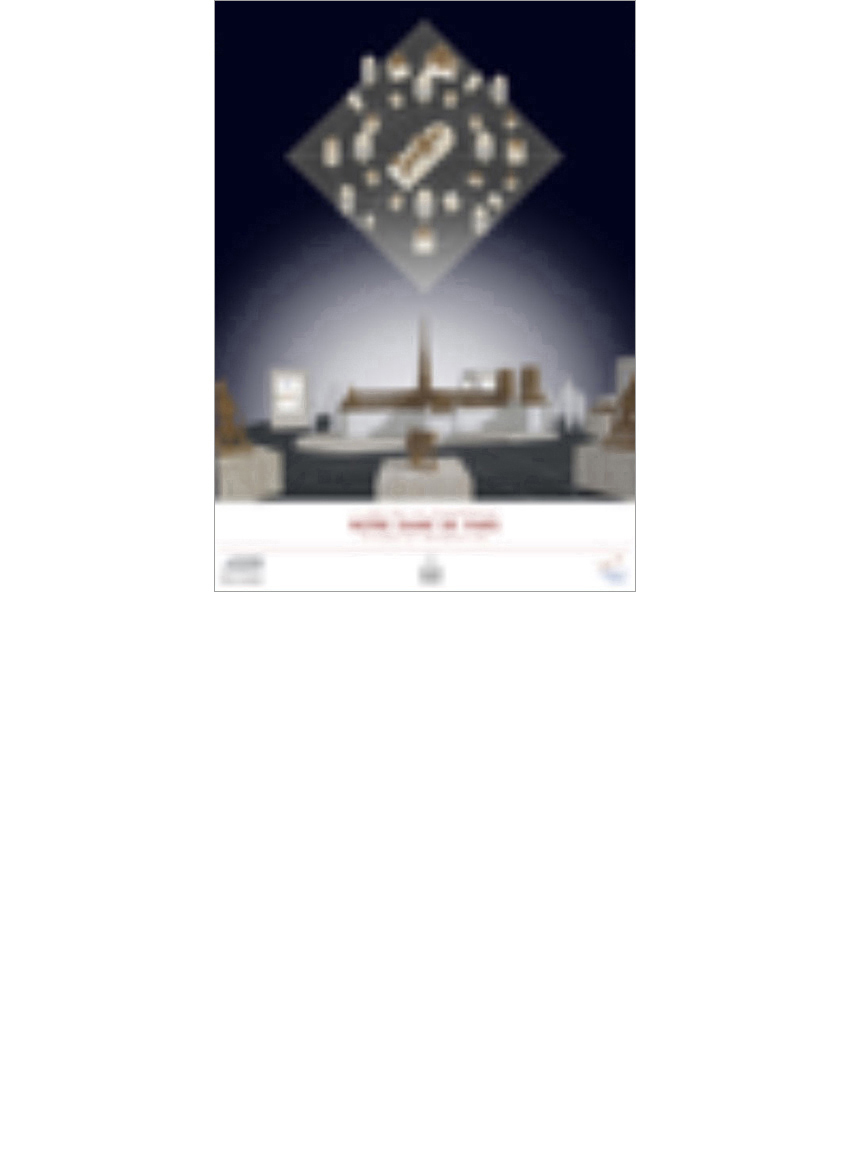 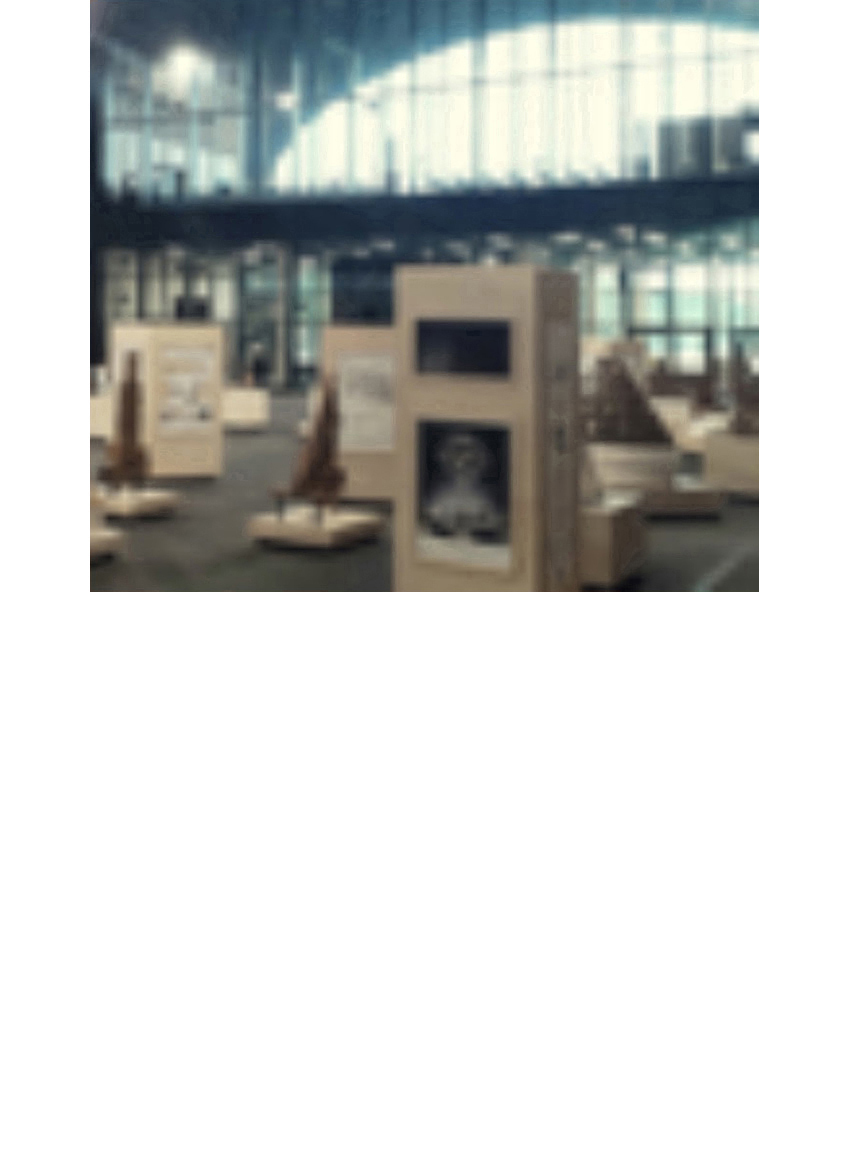 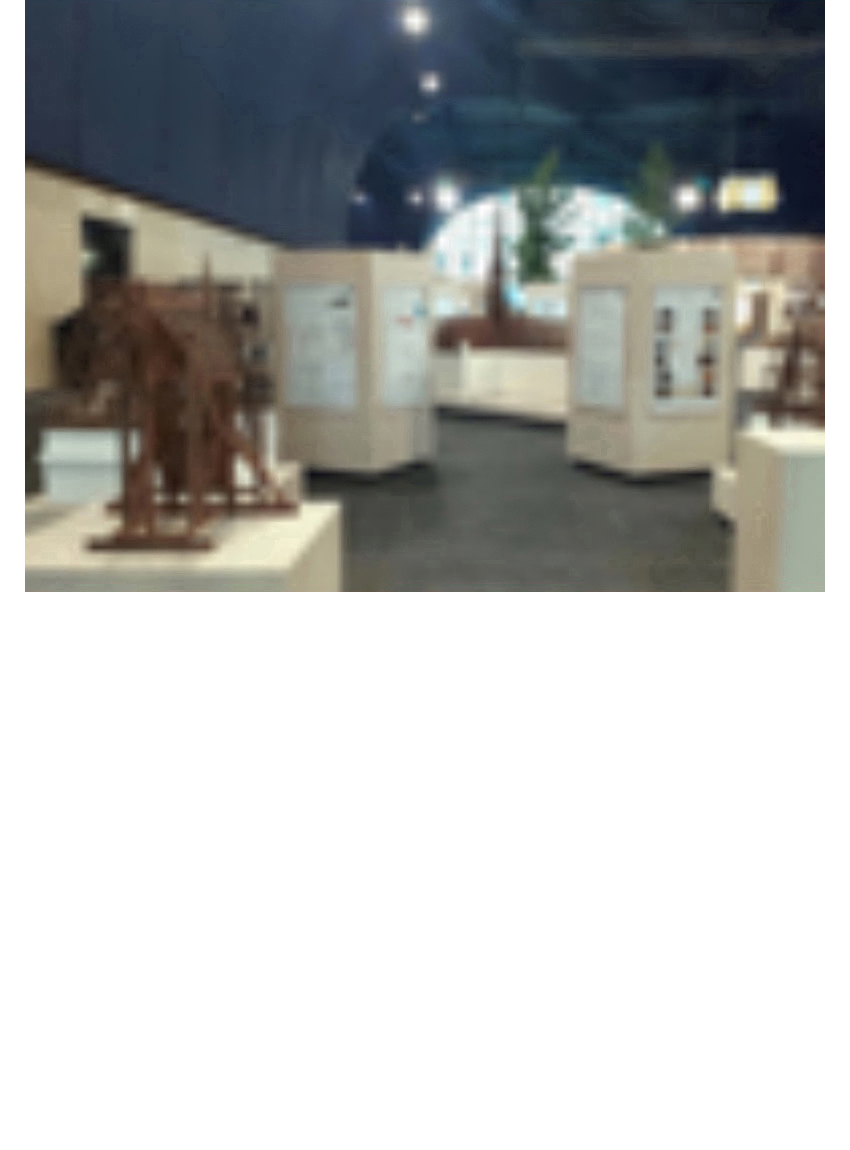 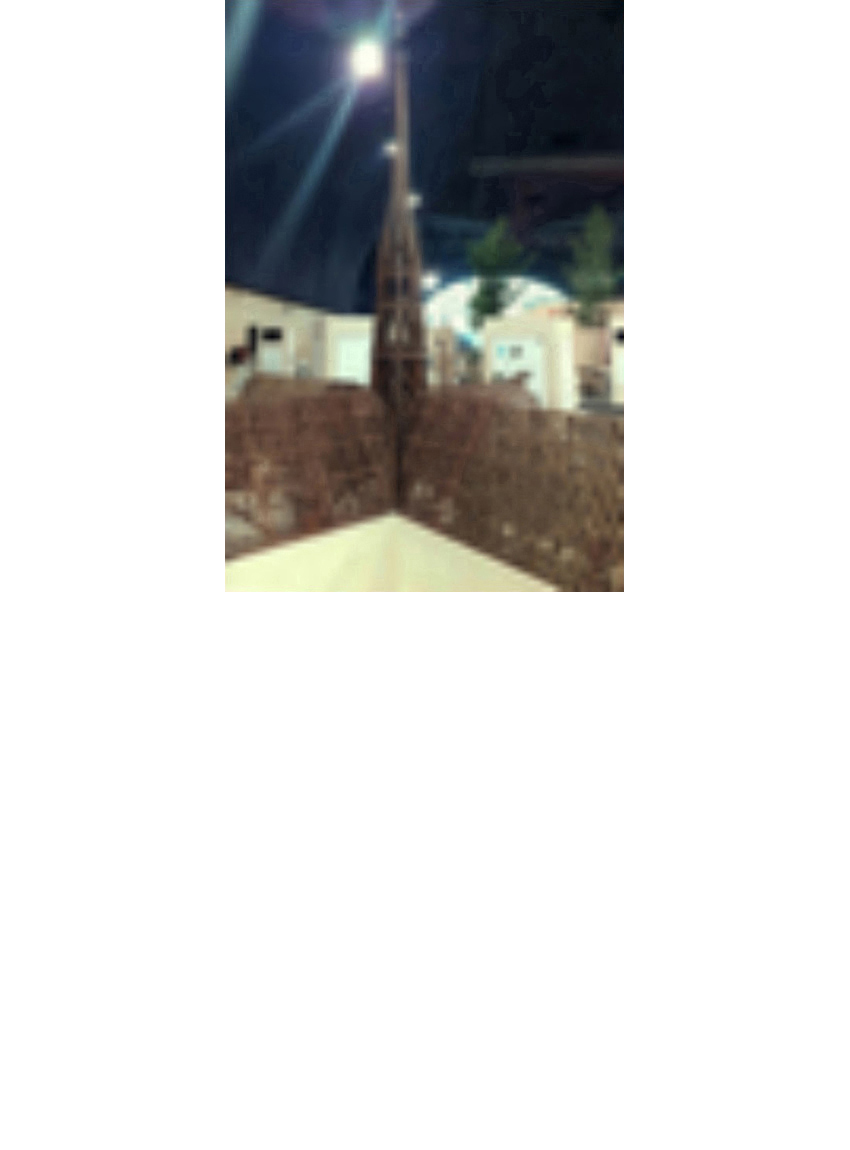 Augmented reality" test on the spire of Notre-Dame © J-L. Arnaudin 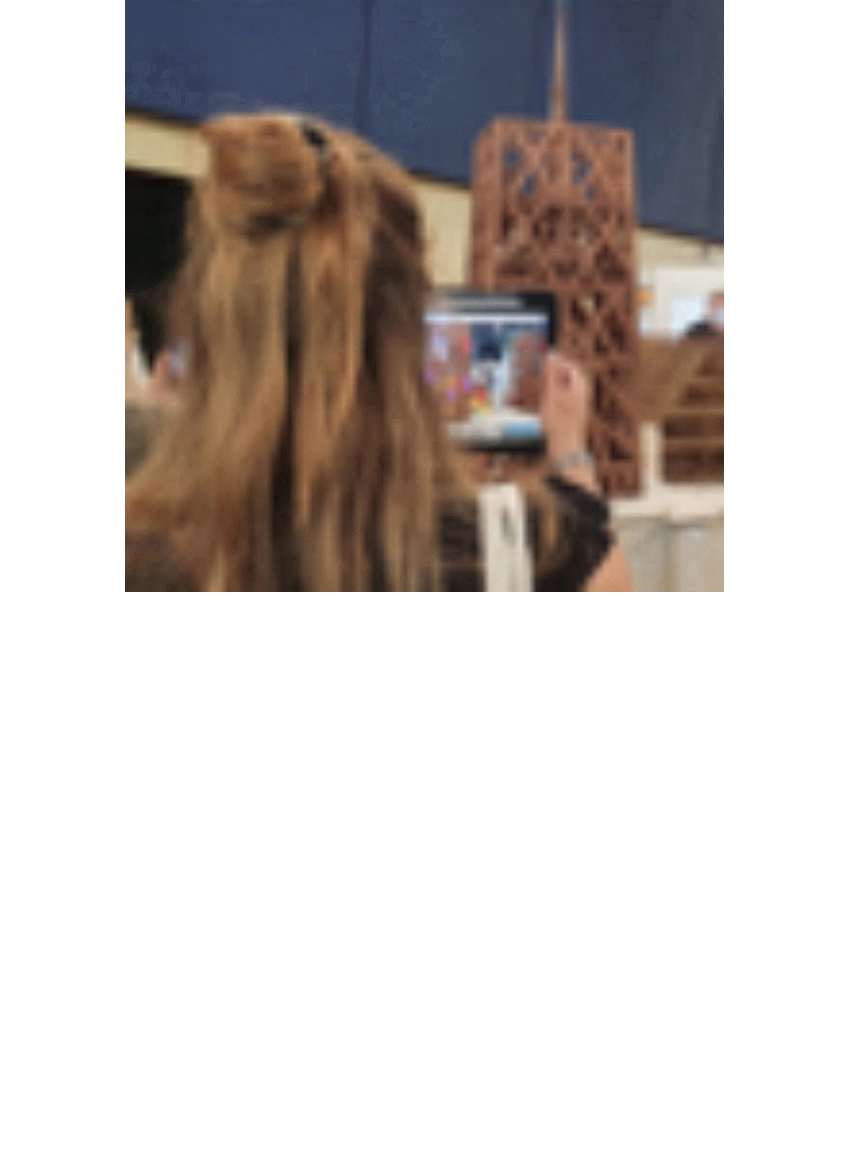