The Ile de la Cité in the middle of the 16th century. Truschet and Hoyau plan © Archives Nationales 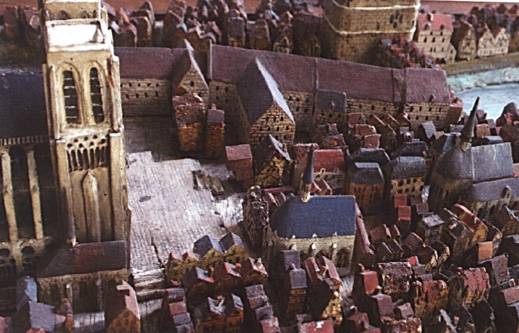 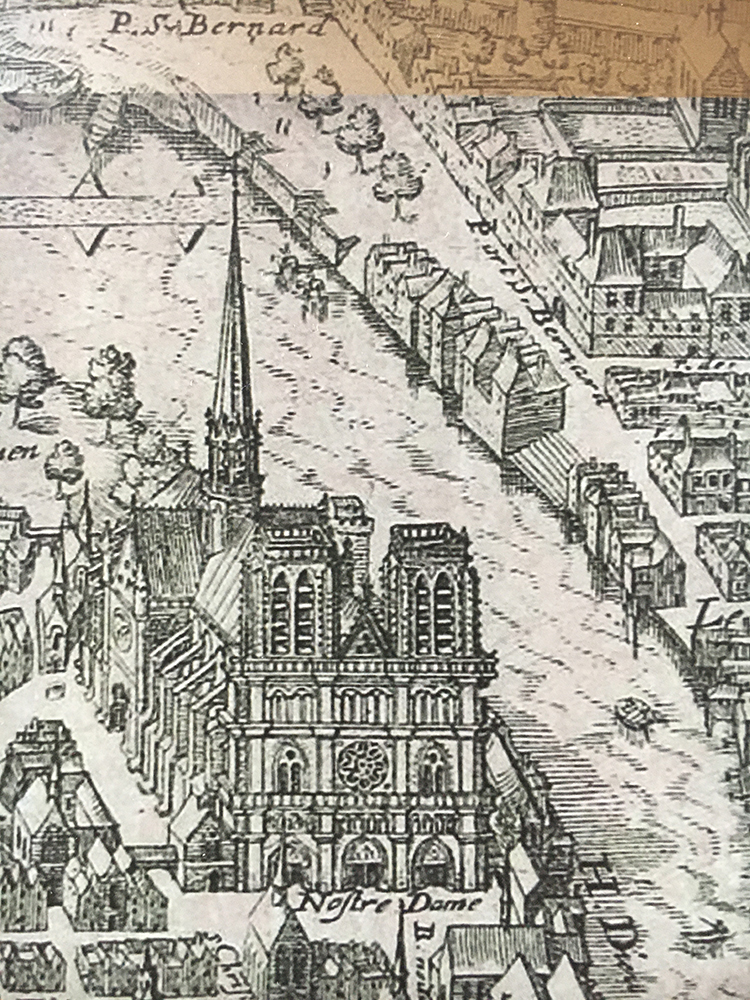 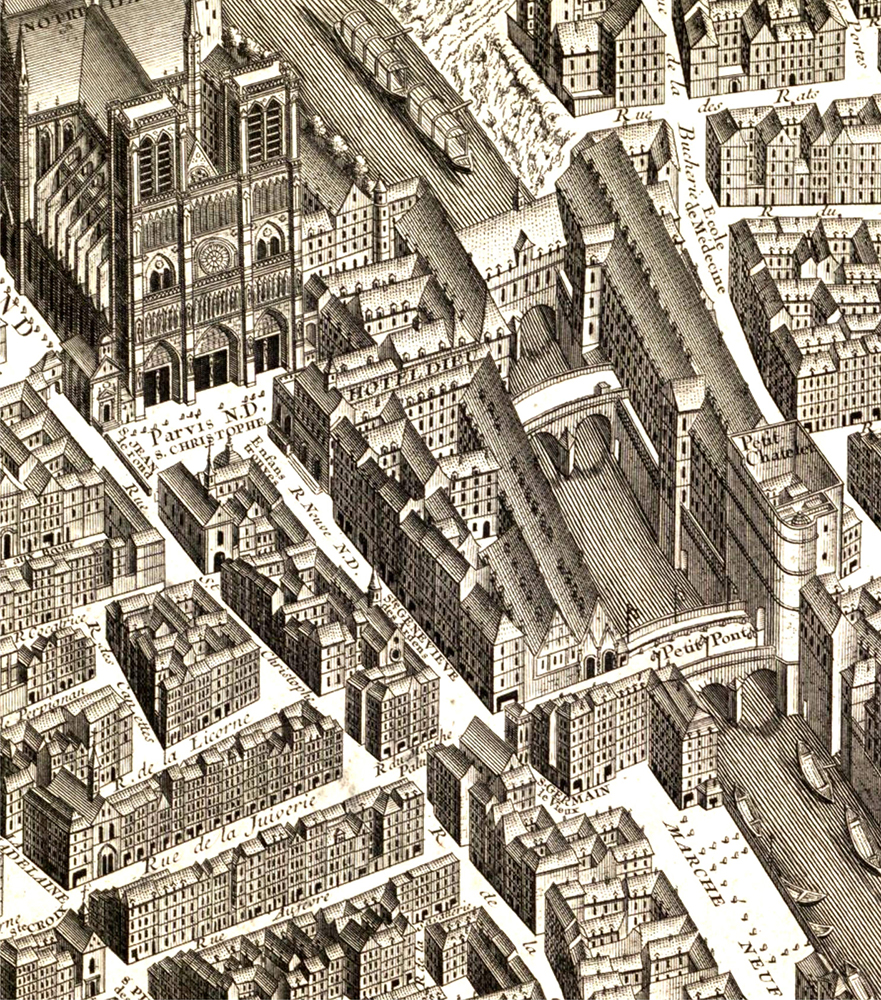 The front square of the Cathedral

In the Middle Ages, a modest release
In the 13th century, in the heart of the Ile de la Cité, the cathedral made its place in a very dense urban fabric. In front of the cathedral, the front square extends over 60m wide and 28m deep, and in its axis, the "Rue Neuve Notre-Dame" was pierced for the works.

End of 19th century, a monumental esplanade
Radical changes will be realized from 1865: demolition of the Rue Neuve Notre-Dame, and ten years later, total clearing to the Seine. In 1874, the square reached a depth of 150m and a width of 100m, and covered a total surface of 1.5 hectares. The cathedral becomes an isolated "architectural object" in an empty space and out of human scale.
In 2016, architect Dominique Perrault launched the idea of a square clad in transparent glass, the ultimate state of abstraction and isolation from the cathedral.

Cathedrals in the city
In the cities where, fortunately, the medieval square has been preserved, the cathedral can be seen at the end of a narrow street, lined with houses of 3 to 4 stories. Often, by the "malice of an imperfect alignment", the street is not in the exact axis of the cathedral, but on its northern tower which stretches in the sky of the street; as one approaches, the architecture is guessed, and by the sudden appearance of the prodigious power, seizes the pedestrian of an extraordinary "architectural coup de théâtre". (Rouen, Quimper, and Paris till beginning of 19th century).

What does a large square of 150m in front of Notre-Dame bring today, if not a frontal photo? What does the visitor get when he goes up the square? Nothing more than an enlargement of the same image, but without more emotion: the dilated square has dried up the architecture, which has become silent and solitary.

Recovery
It is now an unhoped-for opportunity to put an end to a monumental error, and the restoration of the square:

It would be a real architectural challenge, in echo with the traditional urban fabric, without breaking with the cathedral nor making concessions to the fashions and trends of international architecture, and showing what an architecture of the beginning of the 20th century can happily achieve, in reconciling the cathedral with its city.
This is an ambitious objective, and it is to be hoped that the competition, recently planned by the city of Paris, will be able to provide the appropriate responses to the scale and challenges of the monument and the urban site. 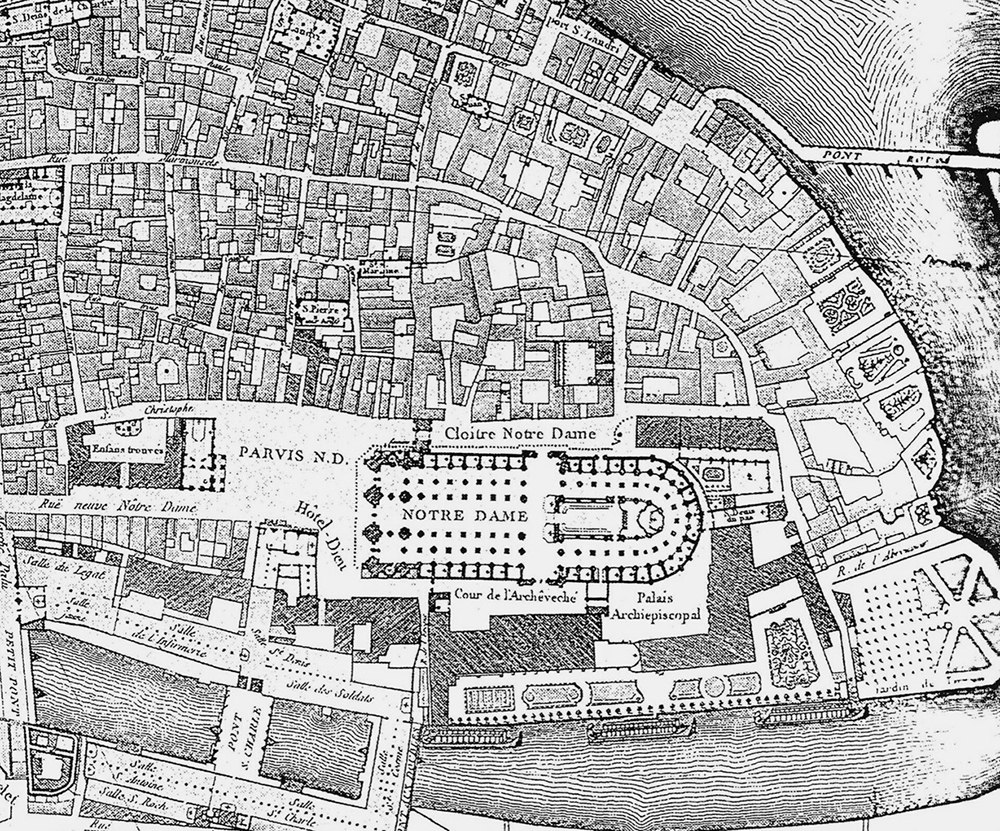 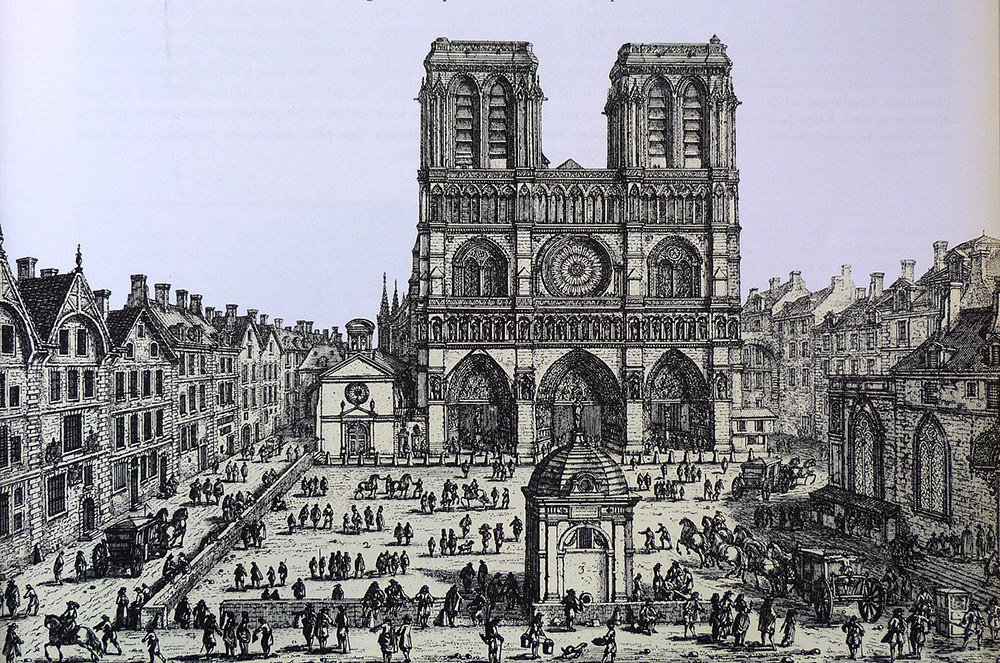 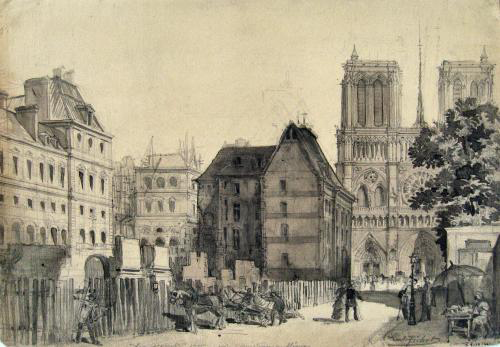 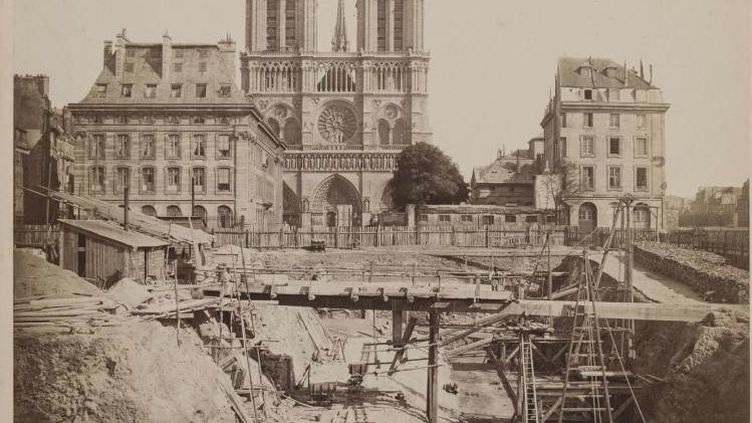 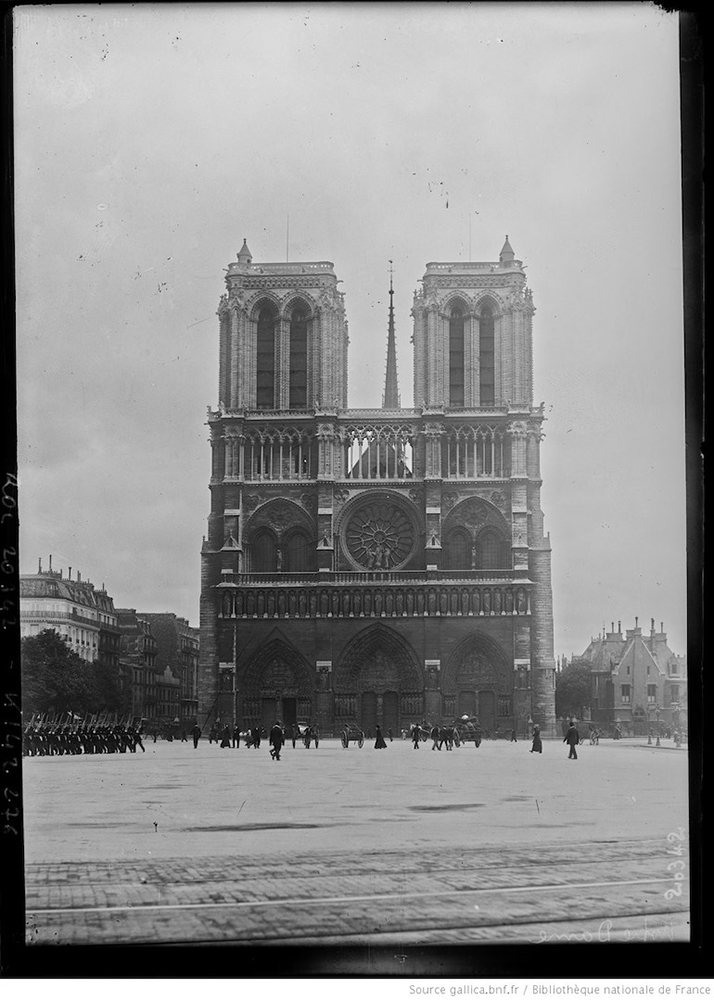 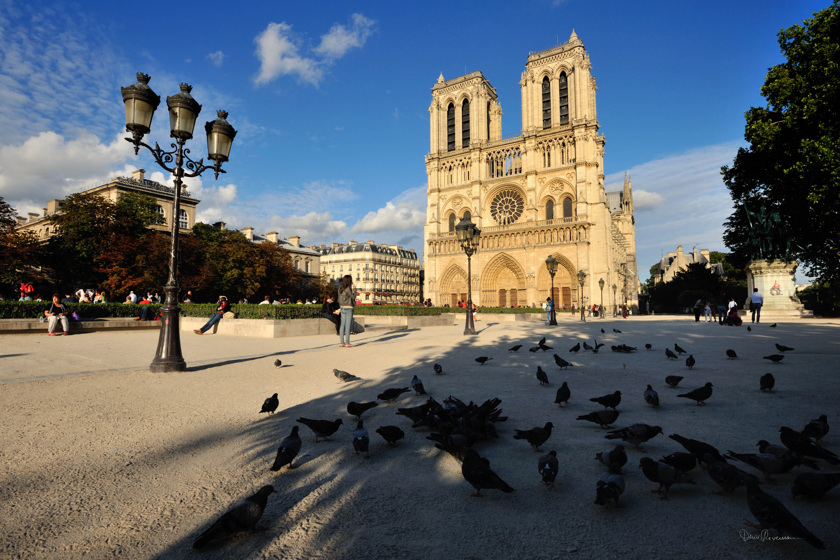 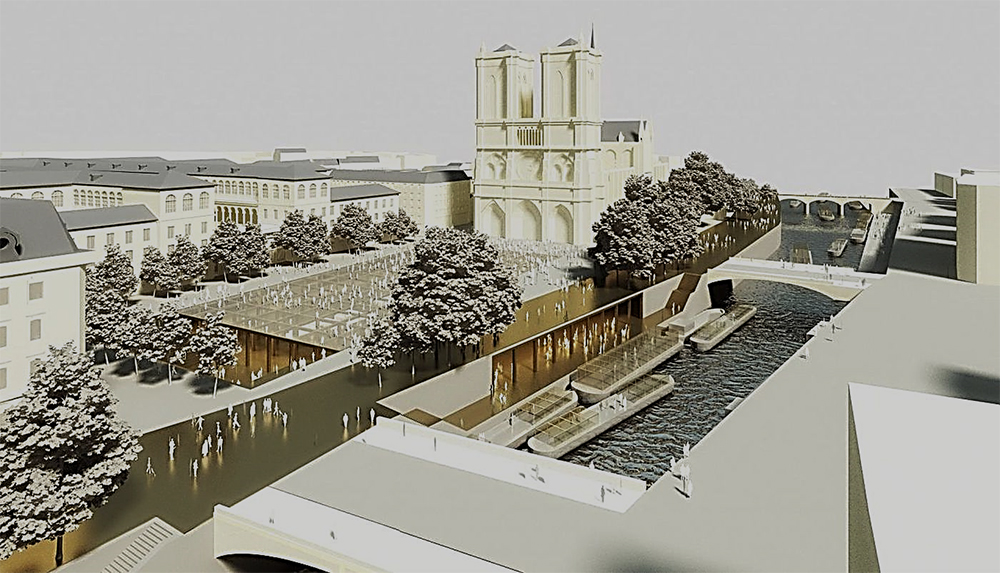